From a multi-colored Lego House in Denmark to a South African art museum inside a disused grain silo, 2017 produced its fair share of eye-catching architecture. And 2018 is already shaping up to do the same. Some of the biggest names in the industry, including Thomas Heatherwick and Kengo Kuma, have designed buildings that are expected to complete in the next 12 months.

Among 2018’s most anticipated openings are a glass courthouse in Paris, a pencil-thin skyscraper in New York and the soaring Lakhta Center in St. Petersburg.

Known as the Steinway Tower, 111 West 57th Street is a 1,428-foot-tall skinny skyscraper with a bronze and terracotta facade. When completed, it will be among the tallest towers in New York and the most slender skyscraper in the world, featuring full floor and duplex apartments with 360-degree views and unparalleled views of Central Park. 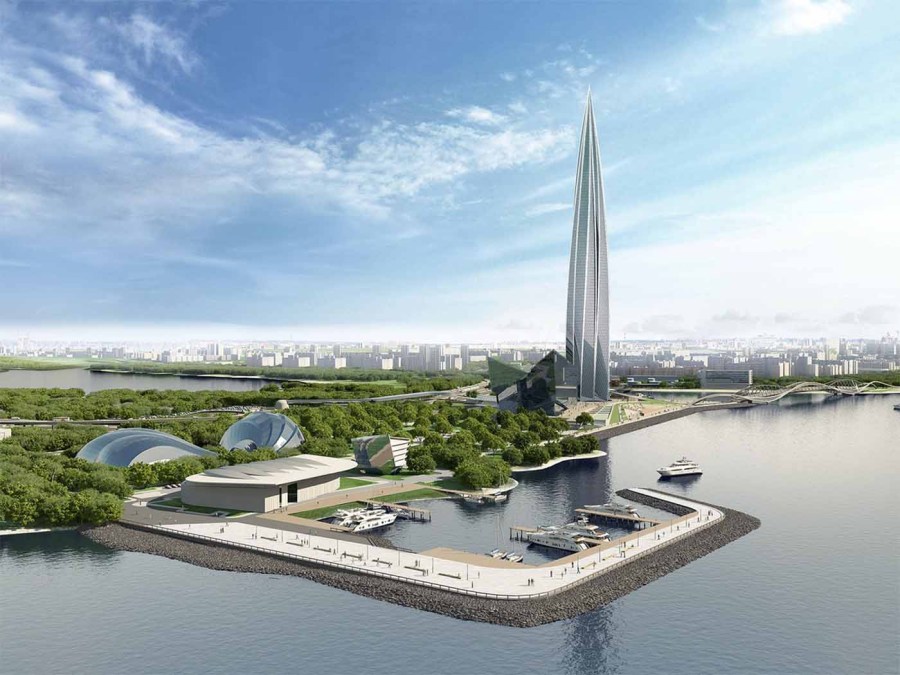 Developed by Gazprom Group, Lakhta Center is a large scale project of the construction of a modern business center in Primorsky district of Saint Petersburg exercising a wide range of public functions with a developed public and transport infrastructure. Lakhta Center is implemented as a pilot project of an integrated development of the area and the construction of a mini city on the outskirts of Saint Petersburg, a sustainable district for life and work. 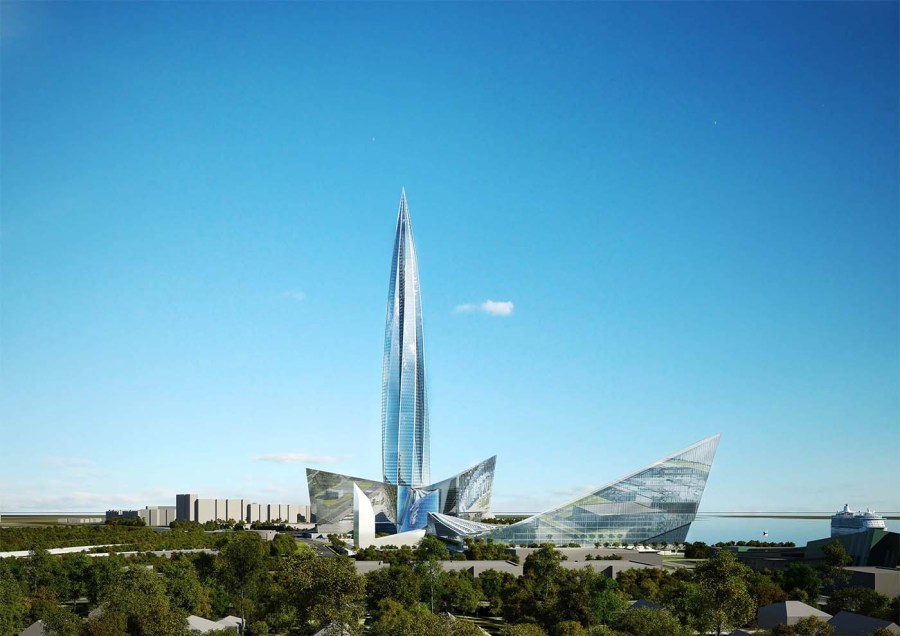 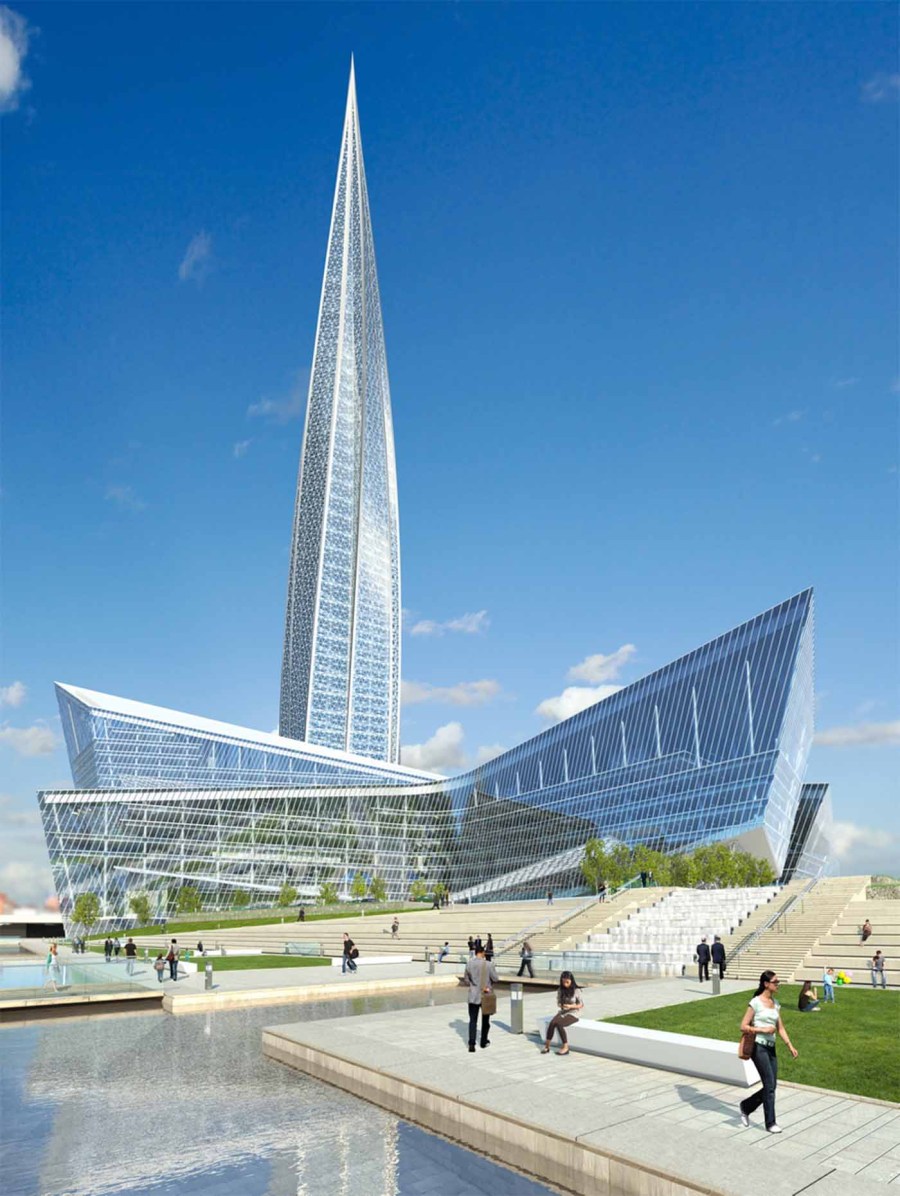 Lakhta Center will consist of an office center,scientific and educational complex, and a techno-park

In 2017, China built more than half of the skyscrapers measuring 200 meters (656 feet) or taller, a dominance that looks likely to continue this year. Particularly in Shenzhen, there are 46 buildings measuring 200 meters or taller currently under construction. Therein, the 1,288-foot China Resources Headquarters, set to open this year, is the tallest among them.

Glass and steel may still overshadow other materials, but high-rise construction is slowly diversifying. Timber construction is making some pretty significant strides. Among 2018’s new timber towers, the 85-foot-tall residential structure named Framework in Portland, Oregon, is set to become the tallest wooden high-rise in the US.

But in architecture, height isn’t everything, and many of the year’s most talked-about projects are far from record-breaking in size. Nonetheless, they may still have a transformative effect on their respective cities’ skylines.

The long-awaited Grand Egyptian Museum in Giza is set to partially in open in May this year, more than 15 years since the competition for its design was first announced. In Scotland meanwhile, the city of Dundee is preparing to unveil architect Kengo Kuma’s first UK building, a stone-paneled second outpost of the V&A museum. 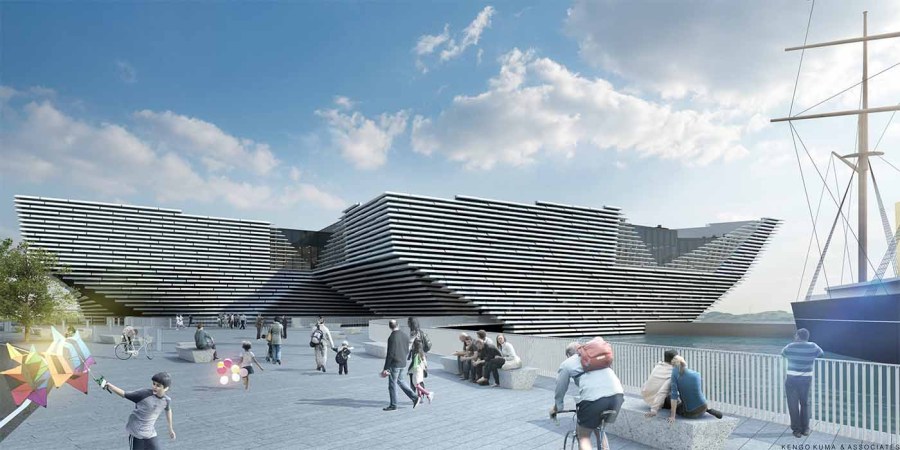 V&A Museum of Design by Kengo Kuma and Associates

Elsewhere, Istanbul will unveil its new airport, Helsinki welcomes a new public library with an undulating wooden façade and New York gains a curious new structure in the shape of Thomas Heatherwick’s Vessel, a 150-foot-tall sculptural mass of interlocking staircases. 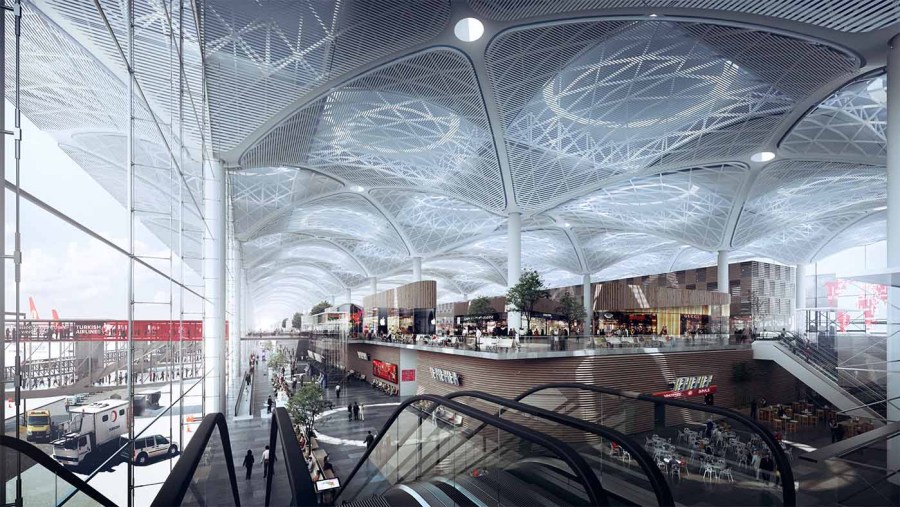 Currently known as Istanbul New Airport, this new six-runway transport hub won’t be fully open for another ten years. But the first phase is expected to be this year, providing initial capacity for approximately 90 million passengers annually. 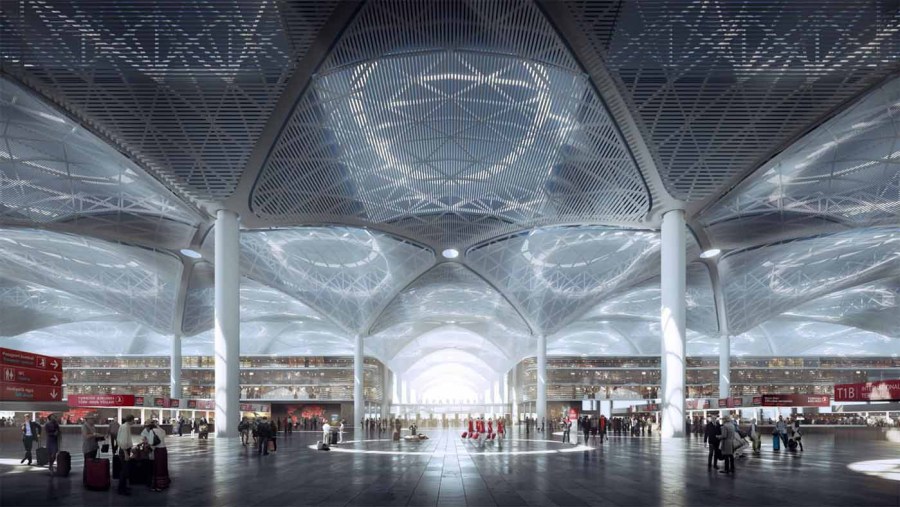 In Finland, ALA Architects was selected to design the new Helsinki Central Library after it won a design competition launched in 2012. The firm’s proposal features an undulating timber facade and a large public plaza. 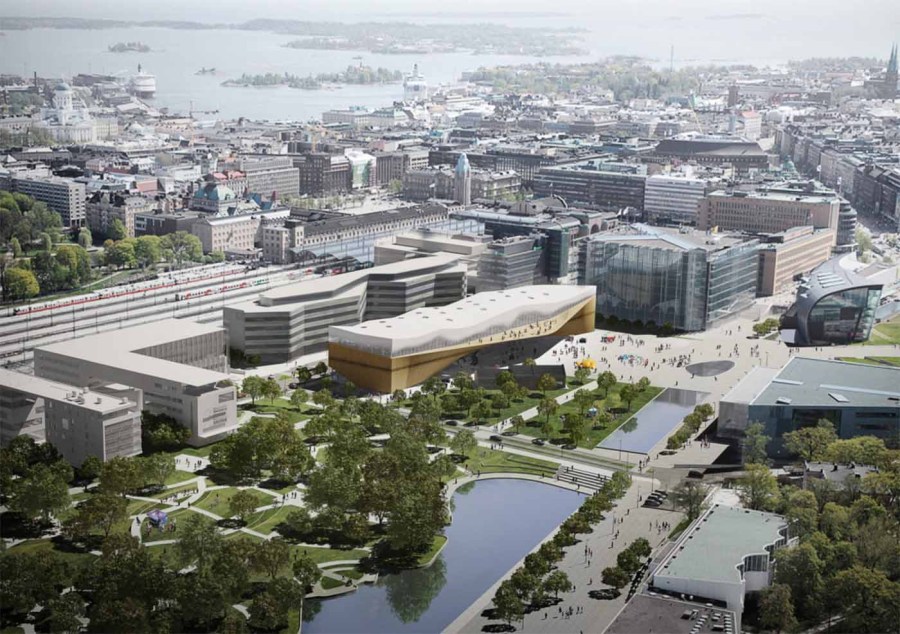 Helsinki Central Library by ALA Architects

The key concept is the interplay between the building’s three individual floors: an active ground floor, a calm upper floor, and an enclosed in-between volume containing the more specific functions. This concept has been developed into an arching form that invites people to utilize the spaces and services underneath, inside and on top of it. 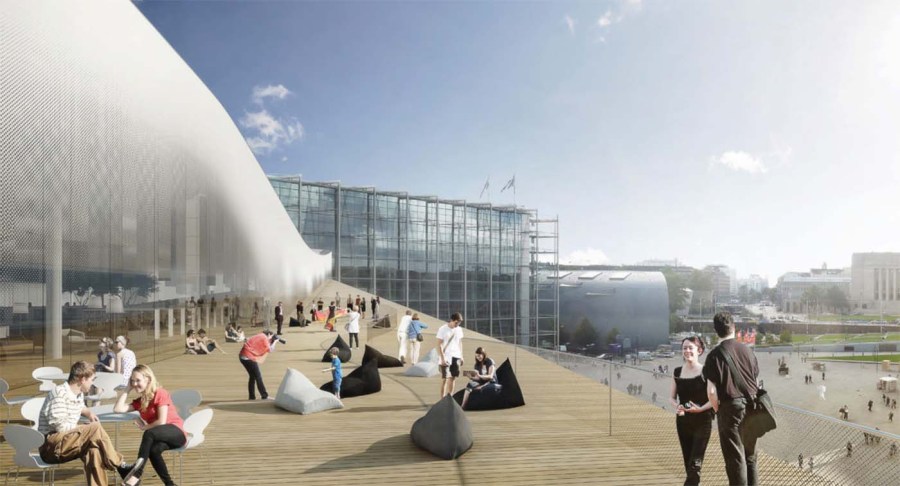 Meanwhile, Vessel is a new kind of public landmark, inspired by Indian stepwells. Comprising 154 intricately interconnecting flights of stairs – almost 2,500 individual steps – and 80 landings, Vessel will lift the public up, offering a multitude of ways to engage with and experience New York, Hudson Yards and each other.

Unveiled to the public in 2016, Vessel is constructed of a structural painted steel frame, its underside surfaces covered by a polished copper-colored steel skin. 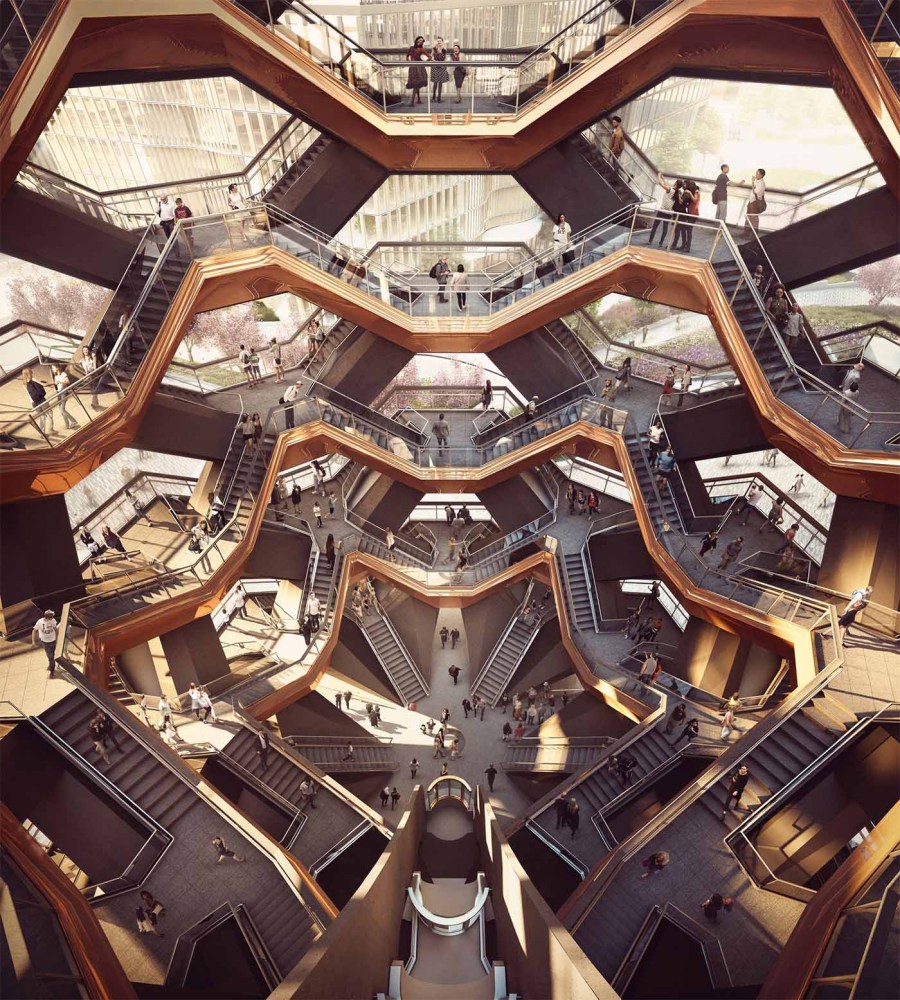 In the U.S, Domino Sugar will transform the waterfront in the New York’s Williamsburg neighbourhood, providing a 24/7 mix of creative office space, market-rate and affordable housing, neighborhood retail, and community facilities.

Central to the scheme is the renovated Domino Sugar refinery, which will be porous, featuring large openings that allow light and air to penetrate through the site and into the neighborhood beyond. 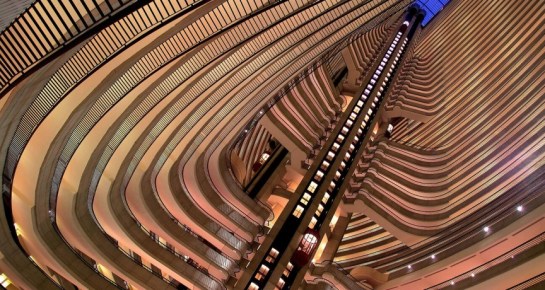 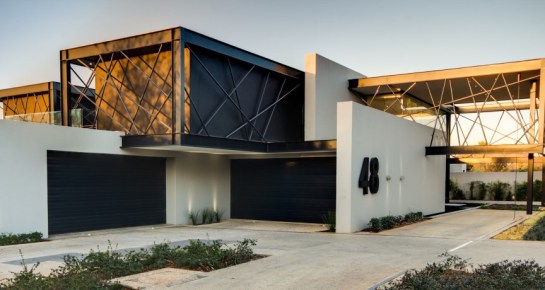 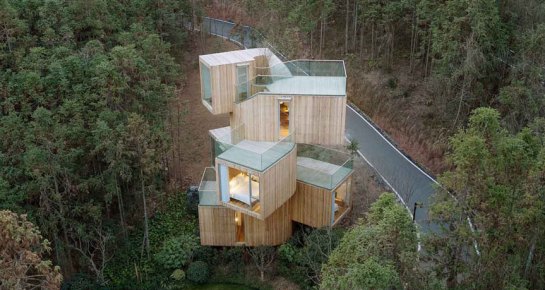 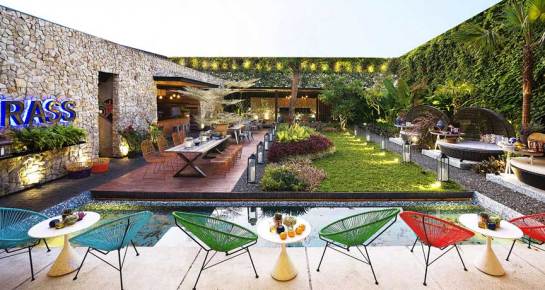 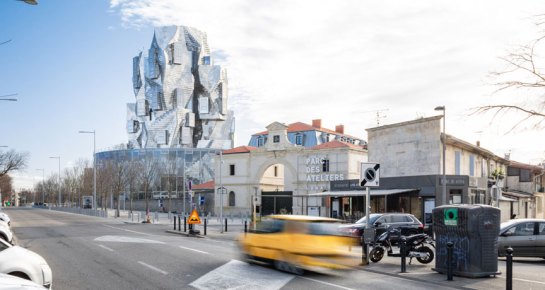 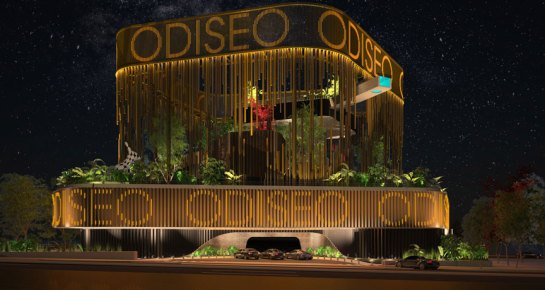 Clavel Arquitectos has released a film of its founder Manuel Clavel swimming in a ...